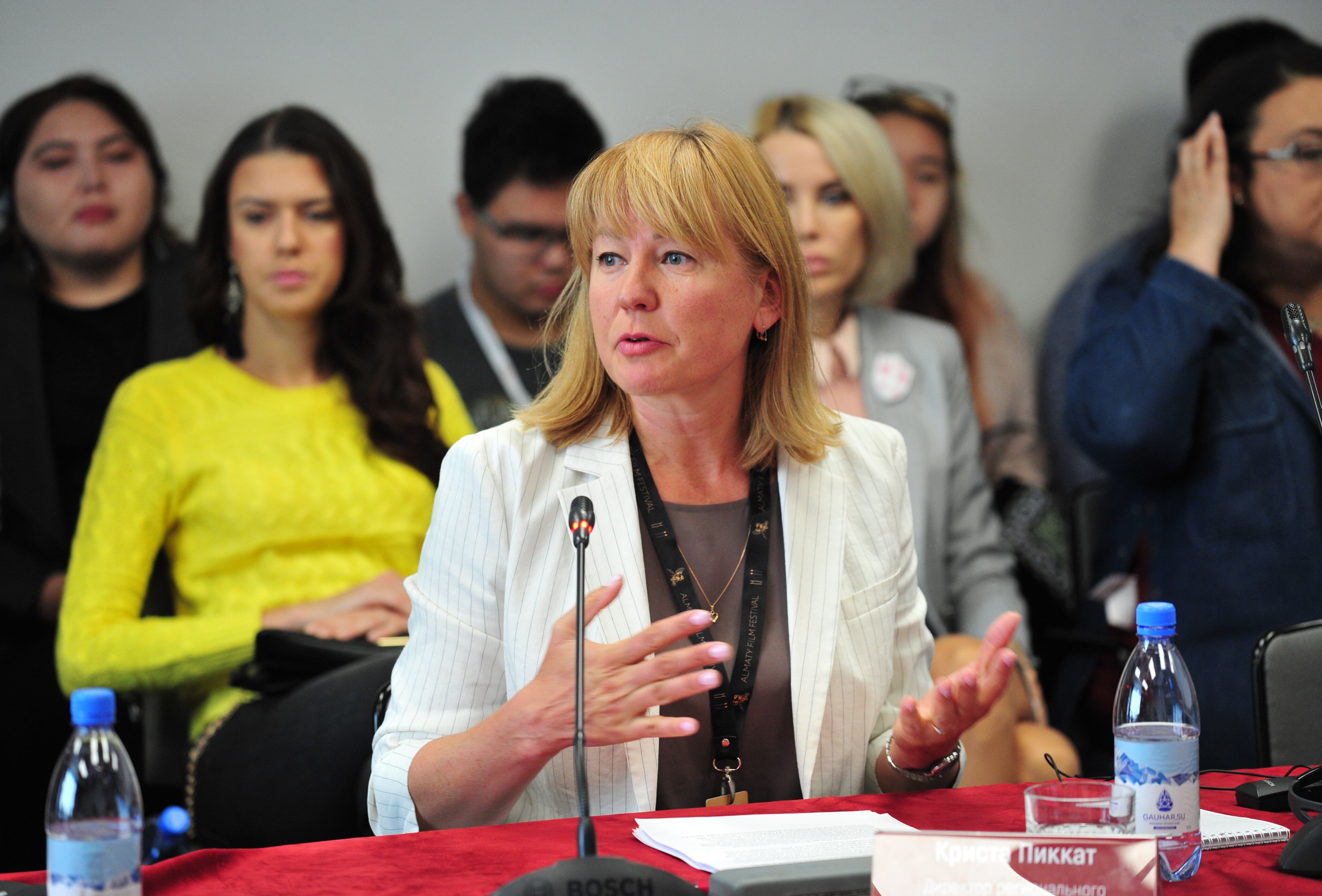 Established in 1994, the UNESCO Cluster Office in Almaty has been promoting education, science, culture and communication in Kazakhstan, Kyrgyzstan, Tajikistan, and Uzbekistan. The Office’s current Director, Krista Pikkat, has been serving the goals of UNESCO for more than 24 years.

Ms. Pikkat’s experience is vast and varied: from starting at the UNESCO headquarters in Paris at the Programme for Central and Eastern European Development (PROCEED), the Sector for External Relations and Cooperation, to the Office of the Director-General, and the Bureau of Strategic Planning. She then moved to the field and worked as the Head of the UNESCO Tashkent Office and now as the Director of the Almaty Office.

In honor of UNESCO’s 76th birthday we would like to share Krista Pikkat’s story to describe the work of an international civil servant in fulfilling UNESCO’s mission in the world.

The opportunity of a lifetime

While working on her master’s dissertation at the University of Tartu, Krista Pikkat received an unexpected call from one of her professors asking her to work for the Estonian National Commission for UNESCO at the Ministry of Culture. Under the leadership of the well-known Estonian poet, Doris Kareva, who was working as Secretary-General of the National Commission, Krista learned more about UNESCO and grew committed to its mission statement: build peace in the minds of people.

When helping with the preparations for the ‘Baltic Culture Day at the UNESCO headquarters in Paris, Krista was invited to work in the French capital for six months at the Programme for Central and Eastern European Development (PROCEED), following which she applied for the UNESCO Young Professionals Programme.

"The competition for joining the programme was tough. There were many applicants from various countries, including some from under-represented and unrepresented ones. There were many rounds of evaluation during the selection process, starting from written essays and ending with an interview with a group of representatives from various departments of the UNESCO secretariat.” Luckily, by this time, Ms. Pikkat already had a solid amount of professional experience, which was crucial in landing her the job.

After many years of working in Paris, Krista had developed a holistic understanding of the organization and its programmes. She decided it was time to get out into the ‘field’ and experience UNESCO on the ground, outside the French metropolis. “I believe that the UN serves the peoples of the world and that the UN has a crucial role to play at the level of countries where we bring significant changes to people's lives. I think what brings me joy and allows me to realize the importance of UNESCO's activities is the interaction with our direct beneficiaries; when you can see the impact that UNESCO makes with its programmes.”

During her 9 years of work in Central Asian countries, Ms. Pikkat initiated multiple projects, some of which include an International Jazz Festival in Tashkent; vocational training for craftspeople in Uzbekistan, involving embroidery, natural dyeing, and fashion; as well as a silk festival held at the UNESCO Margilan Crafts Development Center.

On her impressions of working in Central Asia, Ms. Pikkat remarks: “I feel like I've learned a lot. There are many cultural aspects that I’ve grown to value in the region: attention to family and community, solidarity that exists between people, and their respect for roots and traditions.”

"Here in Almaty, one of our flagship initiatives is a partnership project of the European Union and UNESCO on the Cultural Heritage along the Silk Roads. The aim of this project is to demonstrate the economic value of cultural heritage in addition to its intrinsic value. I think that we have already managed to do a lot to ensure the preservation of cultural sites and the development of tourism, and popularization of the rich and diverse cultural heritage of the countries.”

The Upsides of Living in Kazakhstan

"What I value the most in Kazakhstan and Central Asia is the nature and natural heritage. Kazakhstan has an impressive territory, being the ninth largest country in the world. Coming from Estonia, a small country surrounded by the sea where half of the land is covered in trees, I see a great contrast. I have never seen such a boundless landscape in my life. One of the most amazing places for me is the Kolsai lakes. I also love the mountains, and this is my favourite part of living in Almaty. The mountains are so close, and it’s relatively easy to get there to ski or go hiking on the weekend.”

Where to Find Motivation at Work

Firstly, Ms. Pikkat is motivated by the mission of the organization: promoting sustainable development, peace and human rights. She takes pleasure in knowing that hers is the mandate of the people and her work does not depend on any company’s special interests or benefits.

Secondly, as a ‘practical person’ Krista derives great joy in the tangible meaning of her work. “I am happy every time I see that UNESCO not only contributes to the overall development goals of the country, but also, at the individual level, changes the lives of ordinary people for the better."

Krista stresses that it is key to find a balance between work and personal life. She enjoys walking, hiking, tennis, yoga, reading, attending live music concerts, and enjoying a meal in good company. Without the emotional release and personal development of our free time pursuits, the hours of hard work, conferences, intensive meetings, and screen time simply aren’t sustainable.

"My main advice to young people who have started their career paths at the UN is to be proud that they work for the Organization. Working at the UN is a privilege, so stay humble and patient. Keep working on yourself, participate in interesting projects and programmes, and explore the world through the activities of the UN. The focus on advancing your personal career should be secondary, because through hard work and dedication, your efforts shall not go unnoticed. I believe that if you continue to work diligently, sooner or later it will become the key to your success.”