If you’re out of a job, how can you change your career? Kazakhstanis share their stories. - Manshuq
CAREER

If you’re out of a job, how can you change your career? Kazakhstanis share their stories.

"The Future of Jobs" — A Special Feature from Manshuq
There’s been so much speculation lately about a second wave of COVID, about whether or not there will be another lockdown, about all the ways our lives and our livelihoods could be affected. So we thought — what better time to share some inspiring stories? Writing for Manshuq, Anna Wilhelmi has been collecting tales of regular people who, after losing their jobs or spending a long time hunting, found a way forward and a new job, too.

According to the Economy Ministry’s Committee on Statistics, 5% of Kazakhstan’s population are considered unemployed. During the pandemic, according to the Ministry of Labor and Social Protection, unemployment claims increased eight times over.
Some of these are people who simply can’t find a job. Others were let go because of layoffs, or didn’t get their contract renewed, or whose company went bankrupt or downsized. What have these people been doing after losing their jobs?

One thing people can try is registering at the labor exchange, or you can always look for a new position on your own. But you can also acquire new skills and master a job that’s more in demand. Manshuq spoke with three Kazakhstanis who did exactly that. These are their stories.

Story I. How to consider returning to a career after a long time away.

Irina, 56 years old
Irina earned her university diploma during the final years of the Soviet Union, graduating in 1986. She studied to be a systems engineer — nowadays, people who majored in systems engineering might be more broadly called "IT specialists."

In the USSR, jobs were allocated by the state, and after graduating Irina was sent to work for three years at a crane-building plant in Ukraine. There, she introduced automatic payroll accounting at the factory using the first Soviet minicomputers (which weren’t actually all that mini). At that time, “computing centers” were just starting to open, and IT specialists like Irina were in high demand throughout the entire country.

When the Soviet Union began to collapse, Irina went back home to Kazakhstan. For a time she worked at Metrostroy, a state engineering firm building Almaty’s subway system, where a computer took up half a room and could only be used for five days a month, maximum. Then she was hired by a private company to write accounting programs for the first personal computers. The IT industry, meanwhile, was growing, and the first software packages went on the market — pirated at first, but later licensed from the Moscow tech giant 1C. Keeping a staff of programmers on the payroll was no longer necessary. Still, Irina was offered to stay on with the company, but as an accountant in another department.

In the Soviet Union, large computing centers had mostly been found at major state ministries, but the country was falling apart, and by that time most of them had already shut down. Knowing that finding a job in her previous line of work would be a challenge, Irina decided to accept the offer. She took retraining courses on her own dime, so that she wouldn’t have to rely on the company, and worked there for several more years.

After being invited to work for a foreign company in the oil sector, and working with their finances for several years, she and a colleague took a correspondence course to get a second degree, so that there wouldn’t be any questions about her official qualifications that might affect her salary. She passed several different international exams to be certified as a practicing accountant.

Irina worked for that oil company in its various offices for more than fifteen years - until last year, when they decided to close the Almaty office. She says that she doesn’t regret changing her qualifications: she was drawn to both jobs, and in each role the tasks were essentially the same: preventing calculation errors, or quickly finding them and making corrections.

After leaving the oil company, Irina even thought about returning to IT, but the industry has changed a lot over the years
“I don’t think I’d have to learn everything from scratch,” she says, “but there’s still a gap. The programming languages ​​that we learned back then are almost never used anymore. I’m thinking of learning Python, because it’s relatively easy and valued by employers, but I haven’t decided yet exactly whether it makes sense to get back into programming."

Back in the late 80s, there were 120 other people who studied with Irina. Of all the classmates she’s spoken to, only three still work in programming. Many went abroad, but most, like Irina, simply changed careers.

Story II. How to find yourself by trying out different things.

“I thought maybe I should go to some kind of international organization, like the UN, for example. But I never heard back from anybody,” says Bogdan. "Then I went to work at a travel agency, just because that was the only place where they’d take me." Filling out forms for package holidays wasn’t for him, so he quit and spent another two months in job interviews.

In the end, the fact that he knew German ended up giving Bogdan his breakthrough. Neither companies that offered him a job had anything to do with political science or international relations; one produced logistical equipment,and the other was related to insurance. Bogdan chose insurance and the company put him through an internal training program. Now he’s been with the company for three years, but is looking once more to change careers. For a year now he has been studying remotely as a UX / UI designer at Yandex and feels like he’s finally found his niche. Going back to something in international relations holds no interest.

Of the people Bogdan knows from when they were studying International Relations, some went into journalism, some went into marketing, and some work for an auditing firm. Not a single one is in their intended profession.

There’s conflicting data on just how many people with higher degrees don’t end up working in their specialty. Last year, for example, President Kassym-Jomart Tokayev gave a speech citing statistics from Atameken, the National Association of Entrepreneurs, saying that 60% of university graduates aren’t able to get a job related to their degree. Already in 2020, Atameken surveyed the employment status of graduates from sixty universities. It turned out that more than half of the respondents couldn’t find a job at all.

It might seem like the problem stems only from today’s education system, but no — people from different generations and with very different qualifications sometimes find themselves out of work.

The coronavirus pandemic has only exacerbated the situation 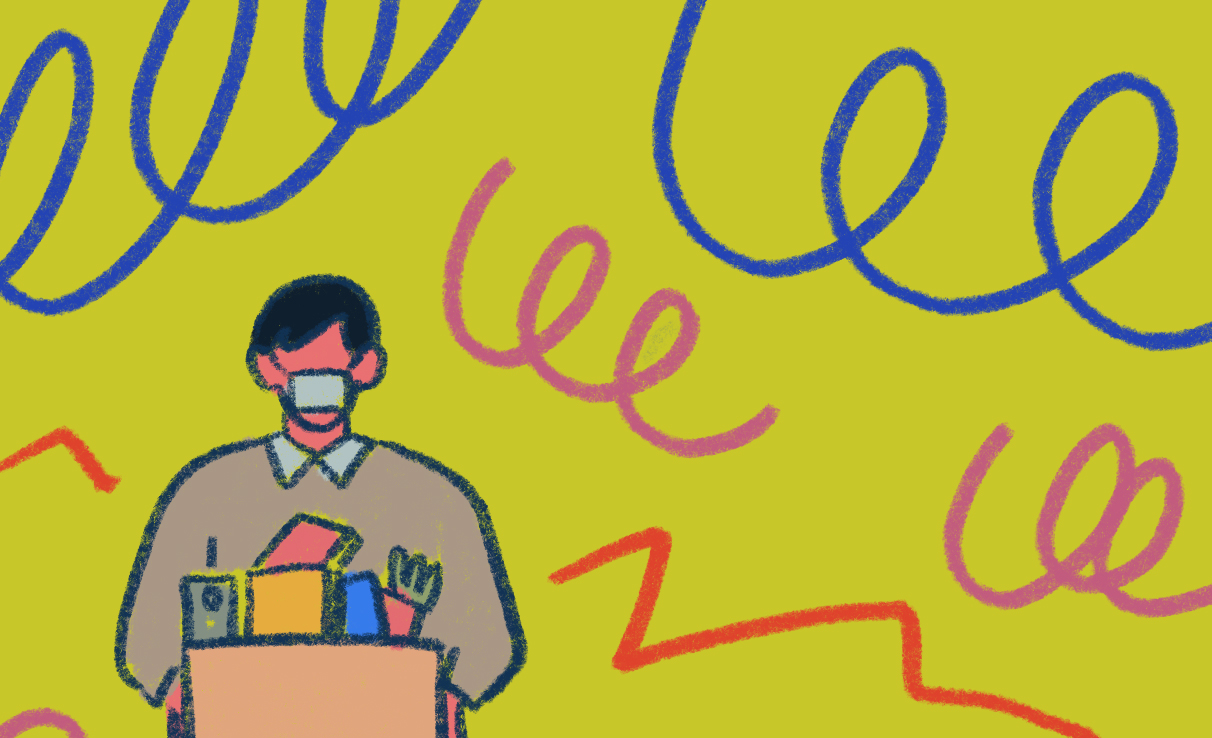 Story III. How to keep on going when a pandemic is raging and you’ve just been fired.

Ainur, 26 years old
“I was laid off on March 12, just when the quarantine was beginning. We were put on unpaid leave,” says Ainur. Twenty-six years old, she studied to be an international journalist and even finished grad school, but she hasn’t worked in her field for a long time - the pay just wasn’t enough to make a living. Before the quarantine, Ainur worked in HR at a Turkish restaurant, learning the ropes all on her own.

The coronavirus hit the economy hard: job openings dried up, and Ainur spent more than a month looking for work. At a certain point, money was running out and it didn’t even matter any more what job it was. That’s how she started working as a cashier at a supermarket.

After three days of training, Ainur was already at the checkout aisle
“I never thought I’d be working with numbers,” Ainur says. “I come from the humanities, and I was never good with numbers and technology. But there was no other way out, and I worked there for almost two months, working overtime, 9 hours a day. Then I left because they weren’t able to meet payroll — out of a monthly salary of 80 thousand, they only gave me 15 thousand.”

By June and July, she was hunting for work again, and in August she became a freelance recruiter. Now she’s on staff at two jobs while teaching at the same time. She doesn’t plan to go back to working as a cashier, because she doesn’t have to. But she admits that the experience was useful: “Those two months taught me that I have to plan my budget in advance,” Ainur says. “You have to learn to count on less than you were promised, because employers can cheat you. I also experienced what it is like to work six days a week. People just naturally get burned out. It’s too bad that in Europe they’re trying to introduce a four-day work week, but in our country that’s unheard of."

For Ainur, the most important thing is to never give up: “No matter how difficult the year might be, your future depends on what kind of person you are. If you’re a pessimist, you might make up excuses; if you’re an optimist, he will be too complacent. A realist solves problems as they come." 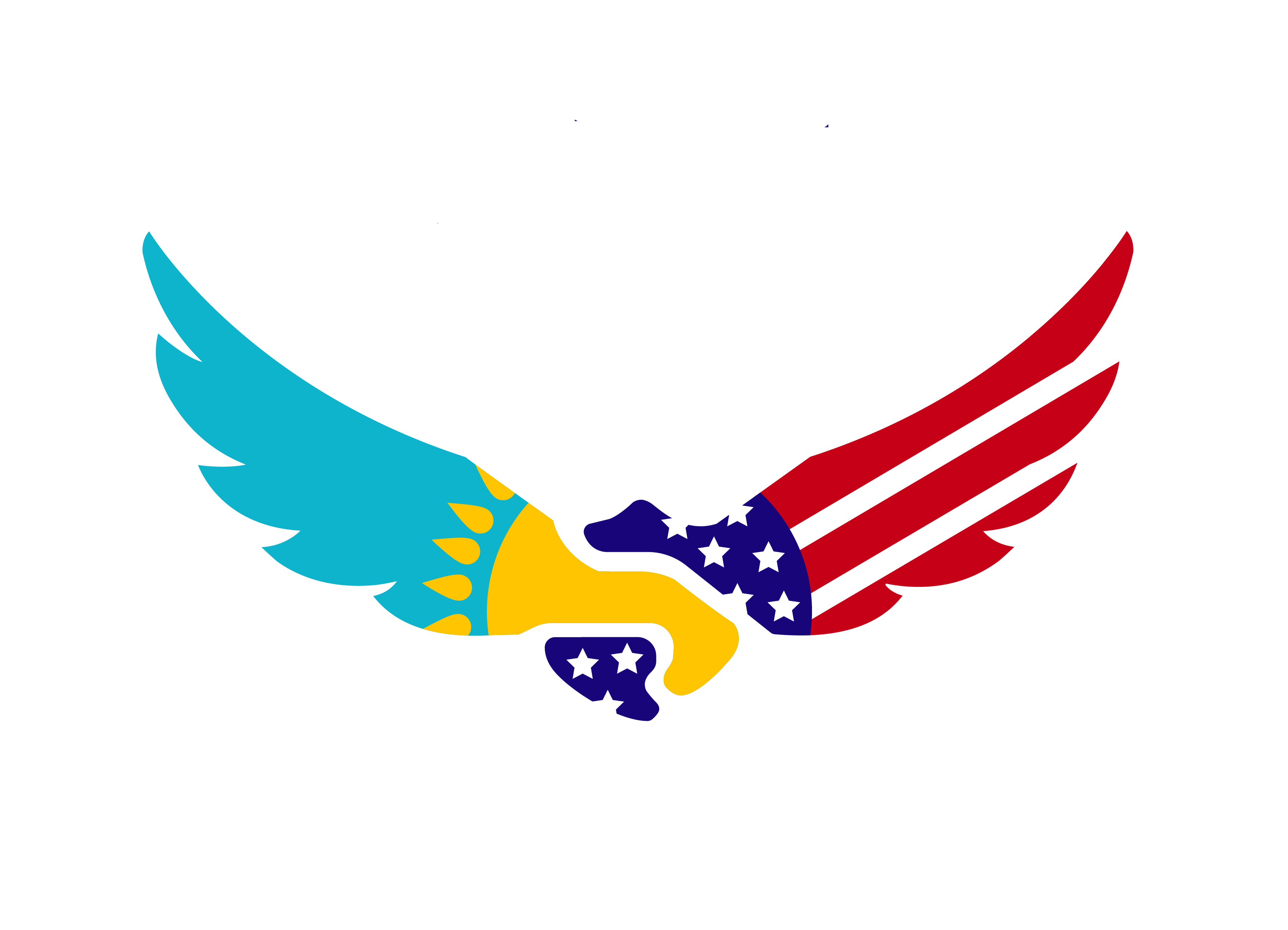 This project is supported by a grant provided by the U.S. Embassy in Nur-Sultan, Kazakhstan. All opinions expressed are those of the author and do not necessarily reflect those of the U.S. Government or the U.S. Mission to Kazakhstan.
M