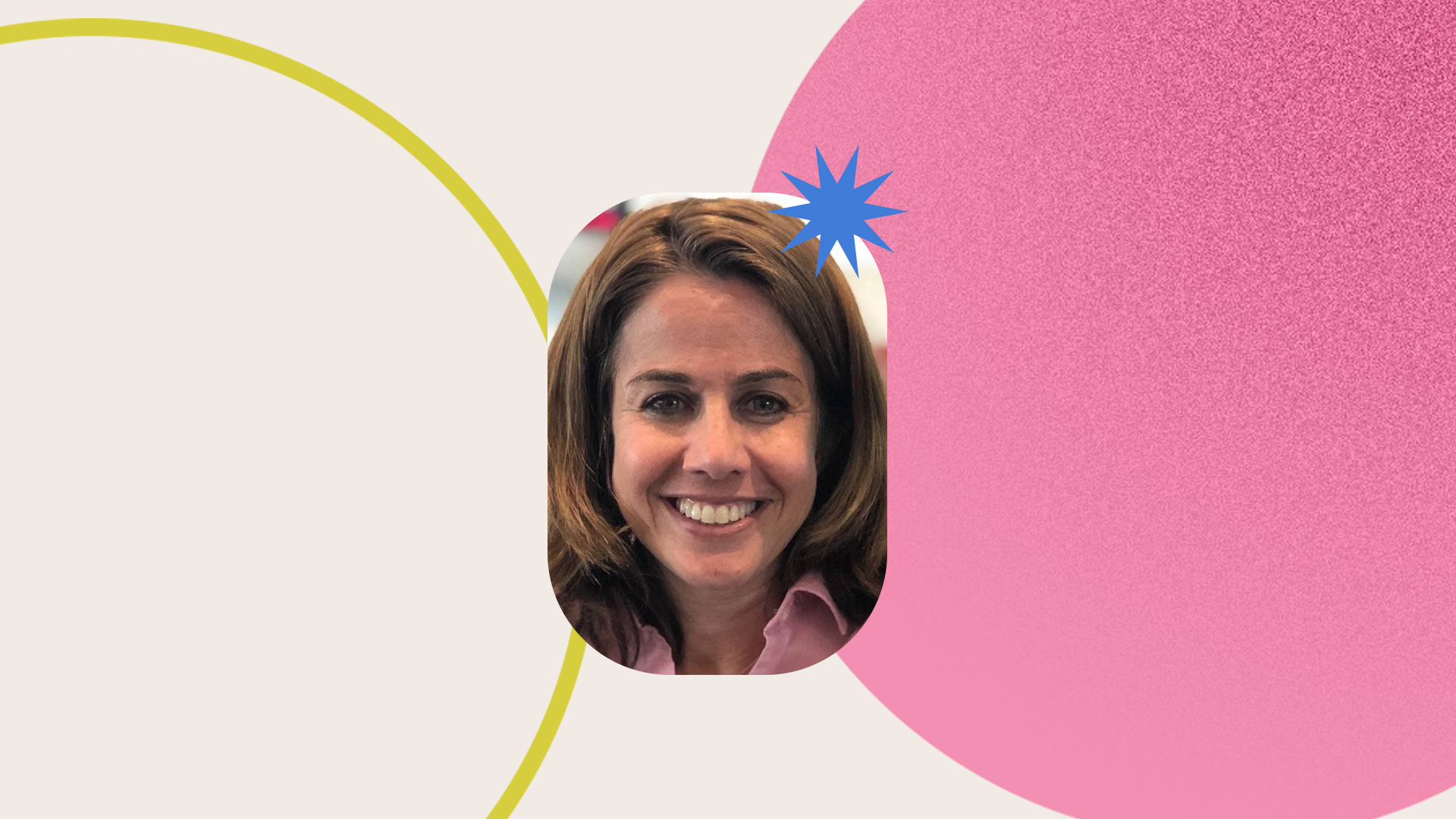 Adolescence is a period when people face misunderstanding and miscommunicate with others more than at any other life stage. It is challenging to make life-changing decisions and enjoy your present being. Adolescents seek support from their parents who, alas, adults forget that they were once teenagers themselves. How can you support your teens and let them know how much you care? Cheryl Eskin, the program director at Teen Line, shares observations she has gathered over the years.

What is Teen Line?
Teen Line is a teen-to-teen hotline based in the US, where teenagers can talk to trained peers about the problems they are facing. At the age of 14, Cheryl became a listener at Teen Line which is where she works now. “I was drawn to the program because I was always a person people would come to with their problems. I loved talking to people about what was going on and trying to help,” says Cheryl. She joined Teen Line in her first year of high school and stayed there for four years. “I think this is what made me go into the field. Just the way I felt. It was something I could see myself spending life doing. And working with teenagers has always been my passion.”

It is hard to be a teenager today

“It is hard and scary. There are certain things that haven’t changed, but when I was a teenager, not everything I said or did could be captured online.” Fortunately, we don’t have photo or video evidence of all our most infamous moments. Even so, teens are surrounded by gadgets and social media that may harm their social image. Cheryl says that social media can make teens feel left out, especially when they see what other people are doing. It is the century of selfie-culture, when it stresses people out to post a perfect picture. They need 20 takes to finally choose one that deserves to be posted on their profiles. 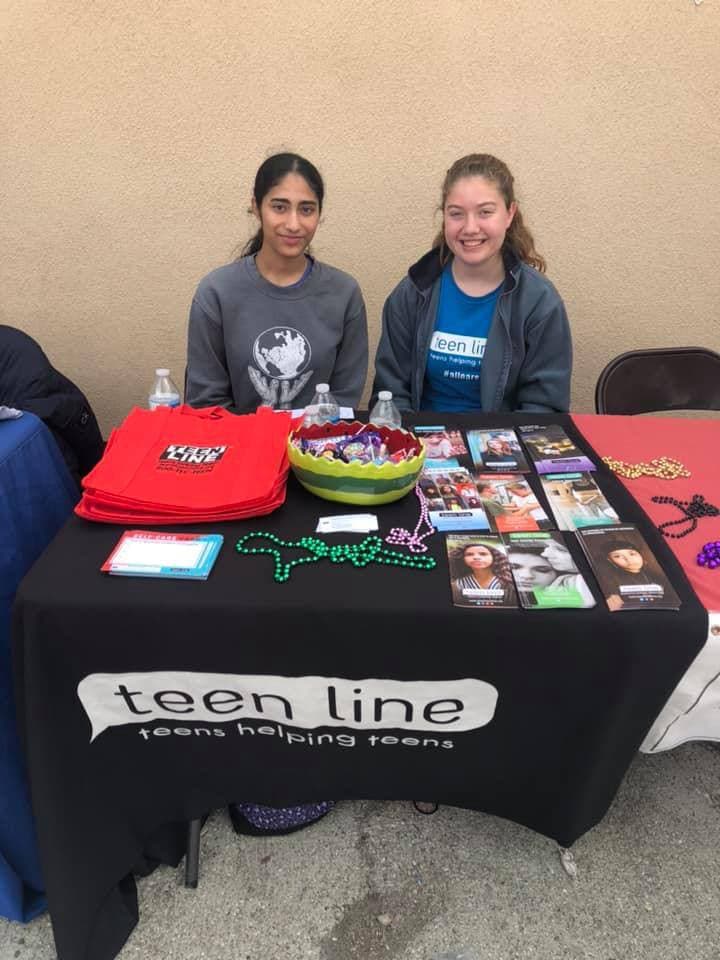 People have to grow faster and face more pressure. Even economically, it is harder for young people to get into college and the real estate market. These are just a part of stressors that teenagers face today.

There are plenty of other stressors for teenagers, including tests, high standards and expectations of their parents mostly for education. It requires mental strength to make a step from high school to higher education for both parents and kids. There have been loads of moments when mental concerns emerge, and teens fall apart. Teens get into bigger groups not expecting others to be better or test better. “I think sometimes we, as parents don’t give them the tools to cope. We rush in and fix them without showing how to deal with some emotions. And the first time when something does not go their way, they don’t know how to cope with that,” explains Cheryl. 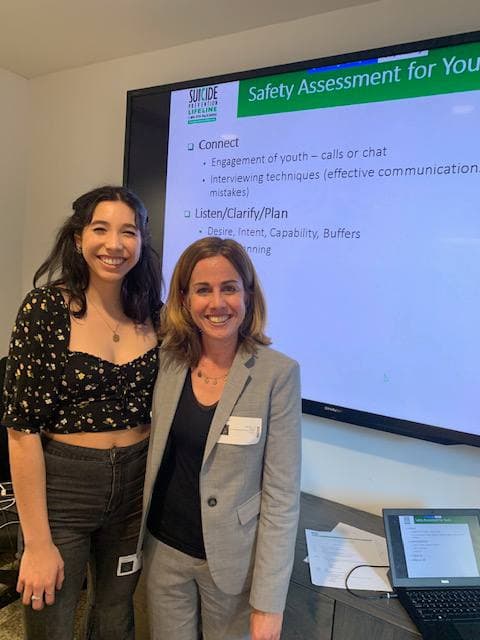 One test is really not a measure of who a person is, but it’s huge because it determines such a course of your life that it’s hard not to take it that way

“Parents who didn’t do well on tests and didn’t go to universities pressure their kids to be the one to do this. It is devastating to us if they don’t care as much or they don’t do as well, and we see the reflection on us. Parents should know what’s their stuff and what’s the kids’.”

Not every kid is an amazing student

We should recognize who the kids are. Not every kid is an amazing student and has some other kind of talent that hasn’t been found yet. But there is so much pressure on them while taking exams and they don’t know how to cope with it.

“Sometimes it is the age. They are not mature enough or ready to take that pressure, and maybe a gap year* could help them.” 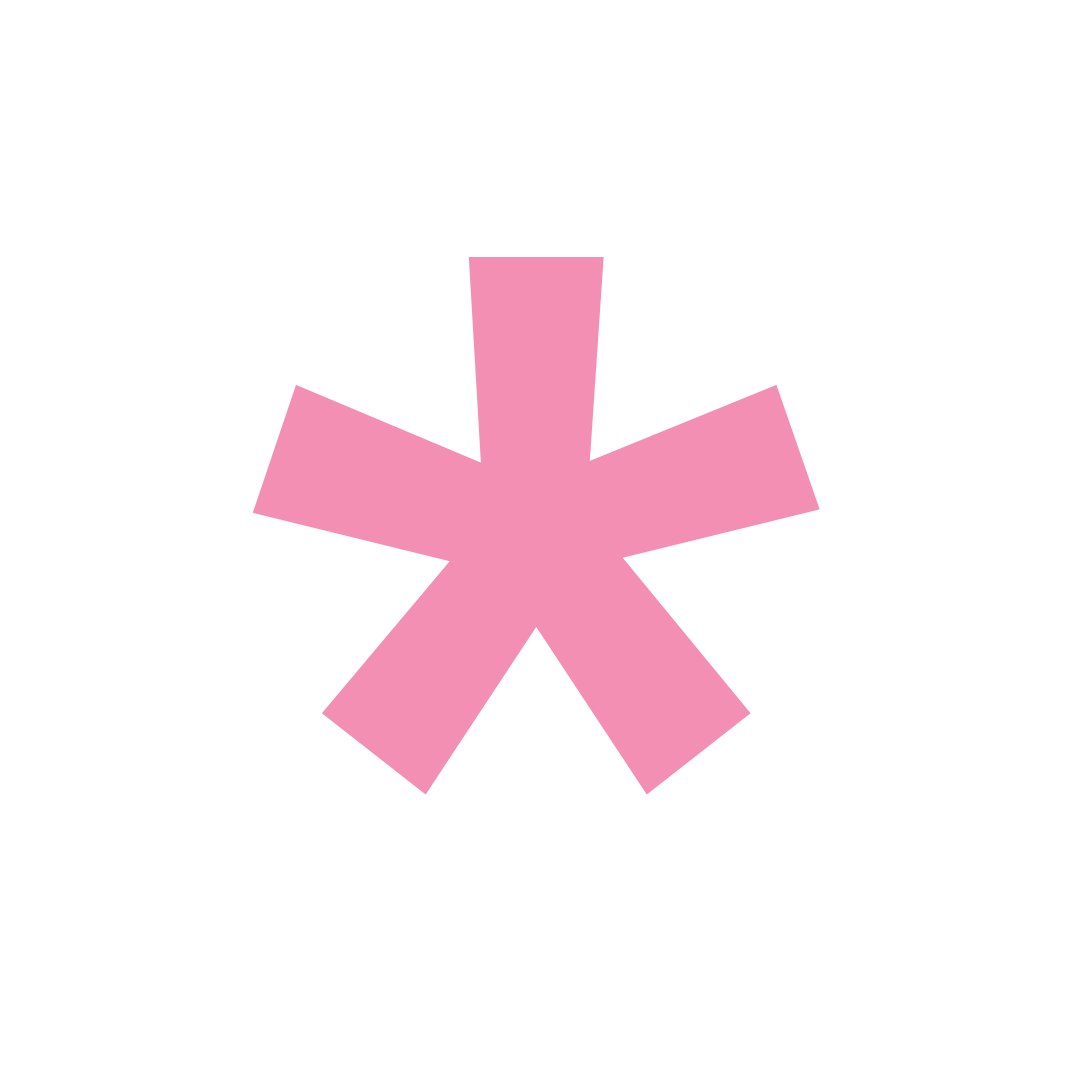 Gap Year – time off between high school and college that can be spent on travels or gaining job experience to figure out what people want to do – a common thing in the US.
To make matters worse, education accessibility creates inequality between students of different classes. “In the US, there are a lot of tutors and programs that help kids do well on their exams. It creates unrealistic expectations because some kids have more resources to access tutoring support and their parents help them. So, they automatically will do better.” 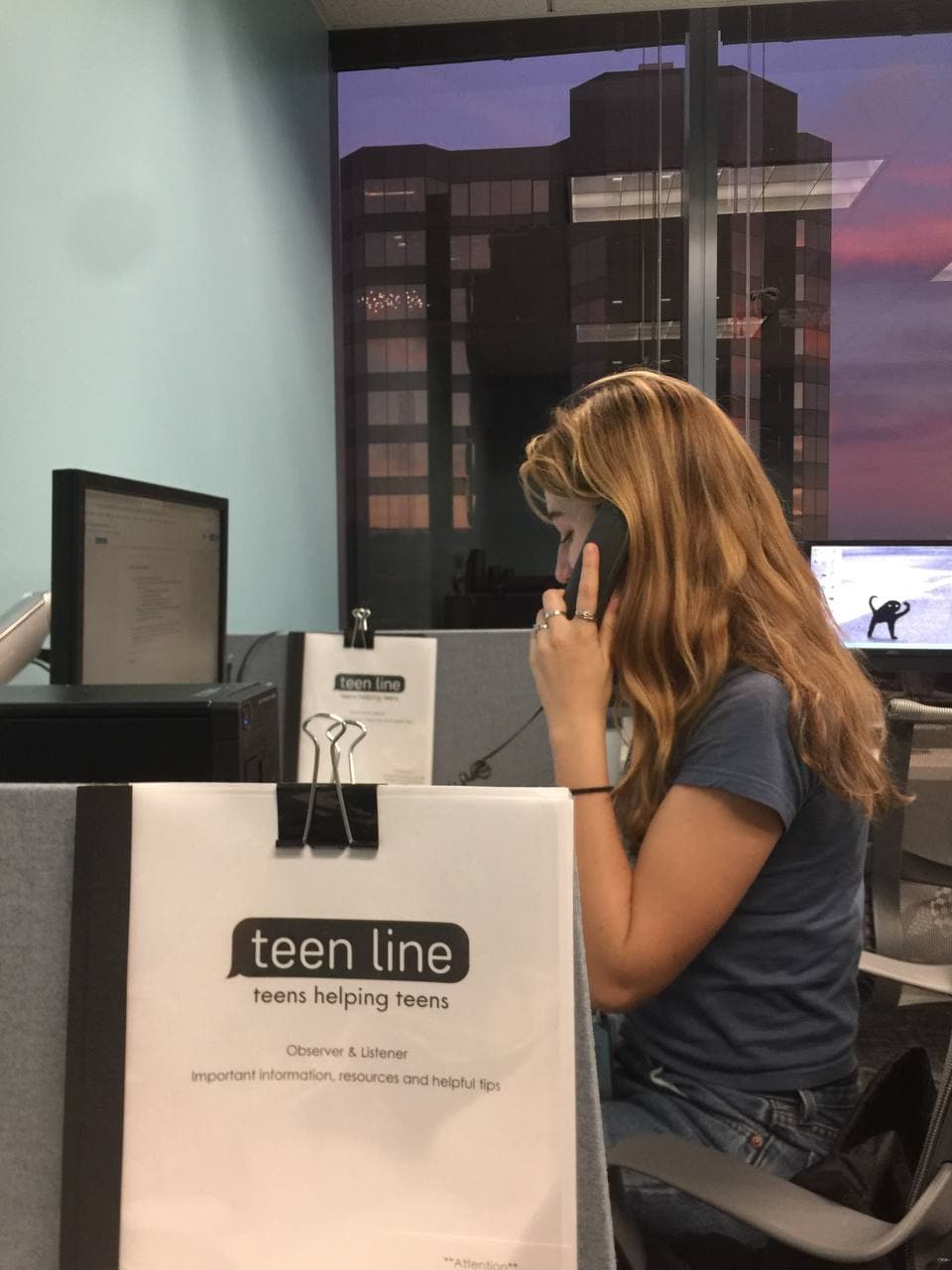 Not every child needs to go to university

“There are so many other paths that they can take and recognizing this is important,” says Cheryl Eskin. But it is difficult to have this perspective on your or your child’s life when school culture says to do things in certain way.

It is not all about the test, it’s about the person they are

Another important role in a student’s life is given to instructors. There has been a real move in the US schools instead of teaching only hard skills, trying soft skills, such as being kind and empathic, how to care about people and be a team player. Teachers can focus on how to be a good person and praise the kid for looking out for the peers. Typically, the students with the highest academic performance get all the praises.

Teens, especially at schools, learn how to support each other. They mostly go through more or less the same academic experience and understand what it takes to get over tough times. It’s interesting how they can either be amazing at supporting each other or the worst and tearing each other apart. It becomes a competition for the best score. But teens are capable of getting empathic with each other. Some of them come to these skills naturally, while others can be taught. Luckily, there are mental health clubs and schools can make them part of the curriculum. For example, students can learn to share their feelings in class. And there are many things can be taught in school to let teens know they are not alone. 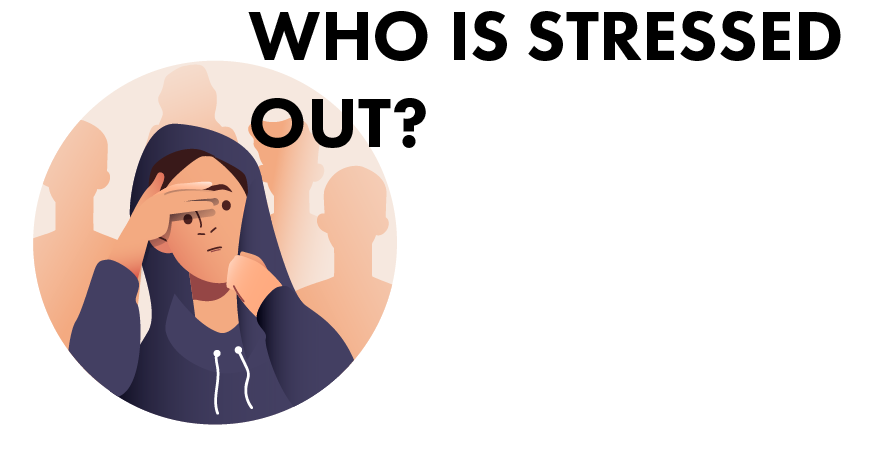 “Hopefully, parents can have some room for negotiation in certain things, like family dinner,” says Cheryl Eskin. It is an important step for kids to know what they have to do if they want to be allowed going out with their friends or dye their hair blue. Parents, a lot of times, think their kids reject them or reject their culture, which is not necessarily the case. Though, sometimes they are just trying to figure out who they are by trying other identities. It’s really hard to balance and it’s important to have conversations on this topic.

It is not safe for teens to be who they are

Young people may be exploring their sexual and gender identity, but they are likely to get rejected by their parents. This is relevant to all cultures, not just for Kazakhstan or USA. Pride month in Kazakhstan is very different from the US, where rainbows are all over the town. While rainbows in our mentality would bring only derision and condemnation for Kazakhstani community.

“Even here we have gone through not accepting at all. And with their family, it’s hard to not be who they are, but to think about safety,” says Cheryl. She continues giving some background of the issues in the US. “We are lucky to have some LGBTQ clubs at schools, where teens can be safe and be who they are. And then at home to be a different way which is a hard way to live, but at least they have these outlets. We also have communities online, where they are able to find people like them, which is where I think social media is a key and can be lifesaving. Because we know that some LGBTQ kids who are not supported by their families are more likely to commit suicide. But finding an online community may help. And there are probably more secret communities in Kazakhstan where people can be who they are. There are many people who live their lives in a certain way and it’s challenging. Parents in the US also think they failed if they have a kid with a different sexual gender. This makes teens shut people out, including their friends. And it’s all because of that stigma that need to be changed.” 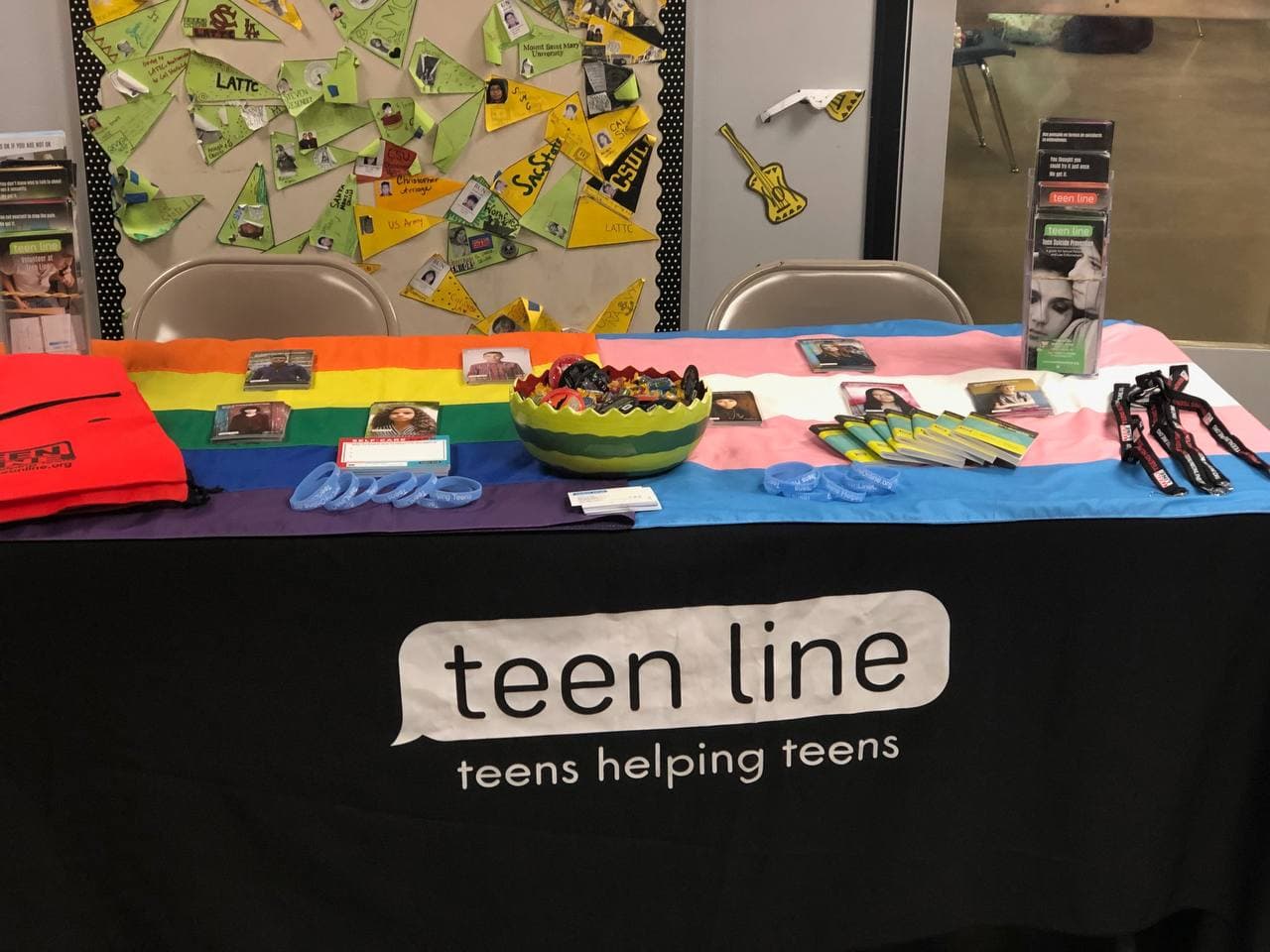 Teens should gain confidence and make others respect them. It may not be realistic when they live with their parents because they can simply kick them out or be abusive. But if they are able to live in family environment that supports them, it is important for teens to define their communities and find people who are supportive. They can try to find supportive people outside their family. Some friends from school or other organizations. Even those who are shy need at least one person they are connected to. “Ideally, more than one person because what if one person is not available,” says Cheryl.

At least one person

Eskin continued explaining the role of friends in teens’ lives. “If teens don’t have anyone they are connected to, it is probably the right time for parents to be concerned.” At the same time, if parents get involved in making friends, teens don’t want them to be involved. It is the time to think if the kid is skillful enough to make friends and past experience, maybe people were mean toward the kid previously. It also worth saying that schools might not be the best place for this kind of kids because they don’t connect, or they don’t fit the age group. The best solution is to find an activity that brings kids of the same interest together, and friends will come naturally.

Support helps people with being comfortable in their own skin. “It is a lifelong process,” says Cheryl, “even adults don’t feel comfortable in their own skin.” One of the ways to support them is spreading awareness of resources (online or not) where they can talk to other people. Even if they don’t use it, at least they are aware of their existence. For example, YouTube can be helpful because some kids are “observers” who are quiet while reading or watching. They don’t necessarily respond, but they take information in.

When is the right time to turn to an expert?
“Anytime ‘suicide’ is motioned,” states Cheryl Eskin. A lot of helpless comments lead to risky behavior. This is the right time to get somebody involved by getting an expert’s opinion on what’s going on. Some things are more gradual, and people should start watching the pattern over time. For example, it takes at least two weeks to diagnose depression. So, a teen coming to school crying one day or failing test another, is not necessarily depressed. But we should pay attention to a pattern over time of what we see. Like, if a person is who used to be engaged and very active, and at some point, they are not like this anymore. Mostly, peers can notice what parents can’t. So, they should look out for each other.

The Teen Line team has been working remotely since the pandemic started. Now the immediate goal is to go personally again because teen members usually come together with adult supervisors in the evenings and work. The organization’s goal is to expand the awareness by doing workshops. “Let people know that we exist as a resource,” says the program director. The working hours are from 6 pm till 10pm due to the academic schedule of teens. Potentially, another goal of Teen Line is to expand working hours and start at 3 pm, involve older college students to work until midnight because problems don’t have working hours.
Photos provided by the heroine of the article
M