Future of Jobs Special Project
Madi Mambetov, columnist and contributor to Manshuq, dwells on quite complicated a topic and tells his own story of how he once resolved to become an officially unemployed.
By Madi Mambetov
A year ago I was standing at a police station at the airport of Astana – someone had stolen my jacket on the plane – and told the inspector about myself. She was filling in a form; I was describing my lost jacket and giving other details, including my place of employment. I told her about my work as a freelance contributor and mentioned an online publication to which I had wrote most articles. I looked at the form, and saw “works as a freelancer for Vlast magazine” there. Well, so be it. The concept of working freelance, without an office and an eight-hour work day, is still foreign to many people: it is easier for them to assume something and adjust things they do not understand to their reality. I faced this repeatedly over ten years.

Then COVID happened, followed by lockdown, and home offices emerged in the life of a great many people, while business meetings were moved to Zoom. And I felt somewhat avenged.
Pandemics forced everyone to change their habits, me to a lesser extent than others
A decade ago, leaving an office job appeared reckless, to put it mildly. However, when I was leaving the editor’s office on my last work day, I clearly sensed that I would never come back. Not to the building, but to that lifestyle. I also knew that I would never regret my decision.

Of course, the decision did not come easily or all of a sudden. I was raised by a single mother, who was an artist by profession and calling. She was great at painting, but only few did manage to earn a living with arts during the dissolution of the USSR and in the 90s. She had to take odd jobs: painting a sign for a shop, making a renovation or drawing portraits of café visitors at a request of an acquainted café manager. She had a commission one day, and none on the other, which meant that we had some food in the refrigerator for the moment and then had to eat bread and fried onion in the days to follow. I was a child then, but the dread of such existence did not ease off for a couple of decades. Bad in itself, this way of living was against social norms, which made the situation even worse. While stability was the main value during the Soviet time, it was overtaken by greed for money in the 90s. Anyone who did not fit could be easily called losers and drag out their losers’ existence. I recollect that my mum was advised to take a job of a saleswoman in a shop. This job would imply steady paycheck and stealing a little on the side – making the initial capital, so to speak. She rejected these proposals.

I was lucky to join the youth editorial staff of a newspaper for children when I was thirteen. And I started working immediately
First, it was interesting, and second, I earned money. Chump change, of course, but better than nothing. On my 18th birthday I was officially on staff. This was the beginning of my office work: five days a week, eight hours a day. Salary, stability and a room with my desk. I worked for the children’s newspaper, filmed stories for TV, contributed to several publications, made news reports and edited texts. They paid little everywhere, but altogether this made up some decent earnings. Most importantly, I unconsciously gained experience, got connections and perfected by communications skills. The Internet was actively becoming a part of our life, opening new horizons and enabling to gain new knowledge and skill. At the age of 21, I left children’s publications for entertainment journalism: someone might have seen clubbing, gigs, high life and fashion shows as symbols of dolce vita, while I took this opportunity to write several thousand characters for articles about the same event in different styles for various publications. I still had to work for several employers in order to gather all my remunerations and salaries at the end of a month and to plug holes in the family budget and pay bills. I spent any spare money, if left, to buy a relatively presentable second hand shirt: the dress code at events still had to be observed, and it was presentations and premières that brought in money. At the age of 24, I was hired to launch an international magazine (franchise); this was an incredibly interesting, hard and prestigious job. There I had to forget about a five-day work week: during the first four months in the project I had barely six days off. However, I earned decent money and, finally, quitted writing for other publications. I spent almost four years there.

And then I got a significant depressive disorder, which lasted for more than two years, and burnout. A frantic pace of work over many years, starting from the eighth grade at school, a huge responsibility, management of a team of almost thirty people, other family and personal concerns had gradually shattered my nerves and undermined my health. I could not grasp what was happening to me for a long time: I tried to restore my well-being by taking unpaid leaves, escaping for rest to other countries, excluding all energy-consuming activities, and adding more contact with relatives and close friends, but at some point I had to accept the new reality, take antidepressants prescribed by a psychiatrist and start psychotherapy. One of the most important resolutions taken during my psychotherapy was to leave my office job and quit running the wheel.

Life is not equal to work. Such a strange revelation
A self-evident truth, which is yet not plain to see. All of my instincts and reflexes – my Soviet-time urge for stability and my market-driven requirement to run faster in order to rise higher – objected to this decision. I had regular panic attacks, because the possibility of being left without a monthly pay evoked my childhood and youth fears, that deep-rooted dread of poverty. However, another option – to stay there and do the same work which was no longer joyful or interesting – was even worse. 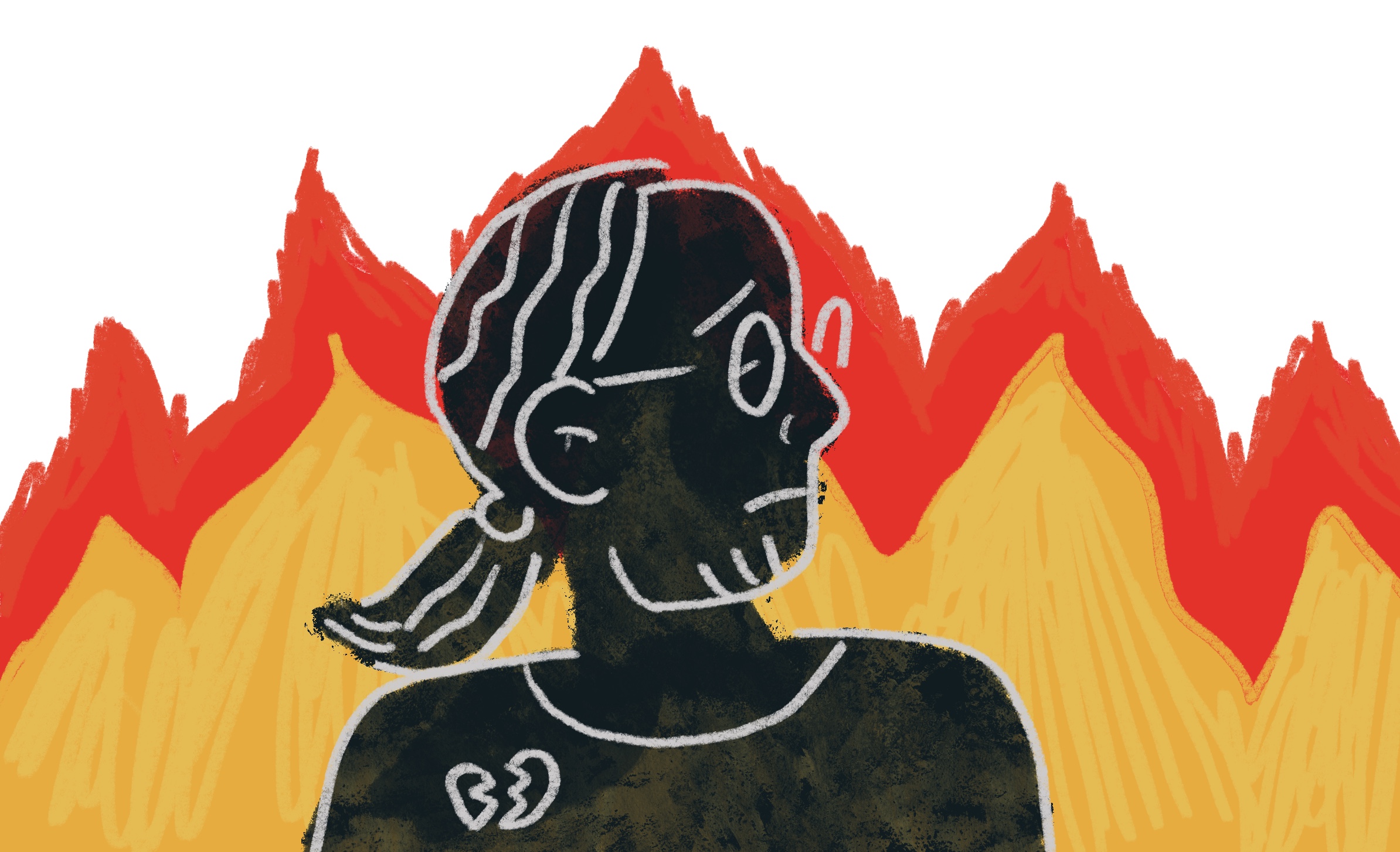 All these years I kept wondering who needed this, namely the concept of a five-day work week with an eight-hour day. The profession of a journalist is flexible: sometimes you finish everything in a couple of hours and then just surf the Web, chats, forums or gossip sites; other times you spend 18 hours a day at work, barely having time to sleep and eat. Even when I was an editor-in-chief, I did not work eight (or even seven) hours strictly. Sometimes I had to sit by my computer for ten hours, while performing my representation duties (attending advertisers’ events, for example), other times I finished my work within three hours, but from midnight to early morning. Since I was in my teens, I have got used to working at night, when nobody and nothing distracted me, and I was dismayed by the HR’s request to come to the office in the morning. This demand was based on nothing logical but the considerations of order. I understand why an eight-hour work day was a great achievement for workers a hundred years ago, but I cannot grasp how these work conditions became the default norm. As a worker at a factory, you would have to stand by a machine during all these hours, producing the required output. A peasant in a village, however, works differently: not eight hours a day, but from dusk to dawn.
And it is absolutely impossible to imagine a composer or an artist who takes his briefcase and coat at seven sharp and leaves his office, having worked standard working hours
I was perplexed by the unfairness of this order, when you spend eight hours in bed asleep, eight hours for work and another hour or an hour and a half for home-to-work commute. What about life, if there are only six or seven hours left? Is this time enough for meals, books, friends, family, films, walking and dolce far niente? This is a vicious, unjustified and unexplainable system. One must break free from it.

And I did it. I lost the stability and predictability of life and got worries and uncertainty. But I did not fall into poverty. At first glance, my income reduced, but I have got a lot of opportunities for short-term projects where I can work from home without regard for the “primary employer”. What is more important is that I now have a possibility of choosing what I want to do, what inspires me, what makes my heart beats with joy. I continue travelling around the world, going to bars with my friends and shopping. I have never regretted leaving my office job.

Yet I perfectly well realise that several factors made it possible. I am confident about my skills and have earned a certain professional reputation over 25 years, which helps me remain competitive; and I admit that I learnt all this at my office jobs, which gave me an infinitely useful experience.